Some competitive shooting drills with some conditioning that hopefully you might be able to use in your pre-season program.

He is also a basket instructor for PGC Basketball. 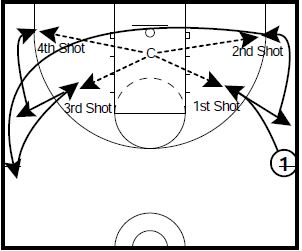 1 back pedals 3 times and sprints into a corner three pointer.

1 backpedals three times and then sprints for a corner 3

*Repeat this pattern until player has shot 16 shots. 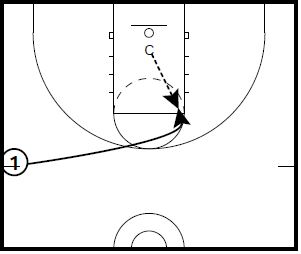 Player sprints from sideline to opposite elbow and catches a pass from the coach for a shot. 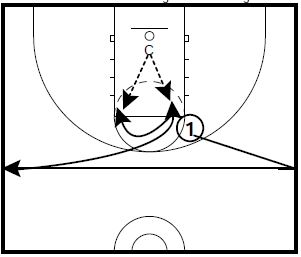 After the first catch and shoot:

After that jumper (since she has touched 2 sidelines she gets two elbow shots in a row). She must arc to the pposite elbow for a second shot 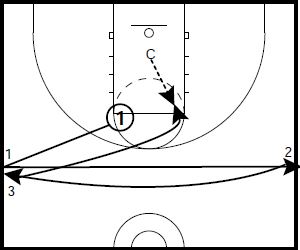 After the second shot: 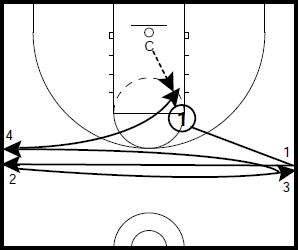 Then she goes to the elbow for elbow to elbow shots. She gets four elbow shots…

Continue this drill to 5 sideline touches and 5 elbow to elbow shots.

***Players w i l l get extremely fatigue during t h i s drill. Stress consistency in footwork and in follow through as well as not allowing them to drift on their shots… 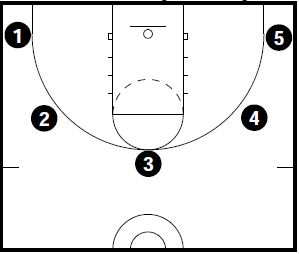 5 shooting spots around the perimeter for this drill

After completing all five spots the player will make their way back around the perimeter only having to make one this time to move on.

Look at the other frames to see where the coach is passing from. (it is wise to have a rebounder or manager getting rebounds in all of these shooting drills) 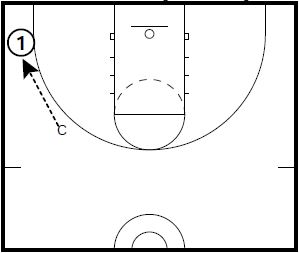 Teaching Points from the Corner:

1. I stress Open Hips to the passer (to step into your shot), so in the left corner the player would have their left foot facing the basket (five toes to the basket) and their right foot open so that the shooter HIPS face
the passer. Coach will pass the ball to 1. One brings right foot forward, square up, and shoot. 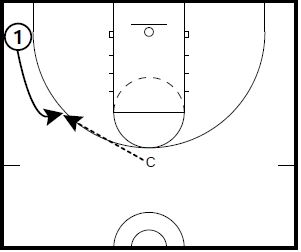 After making two shots at the first spot the player will run into the next shot at the wing. Here she must make two as well.

1. Footwork on the move from corner to wing is left foot (inside foot) first to square you right foot comes around

2. When they are stationary footwork is the same as in the corner 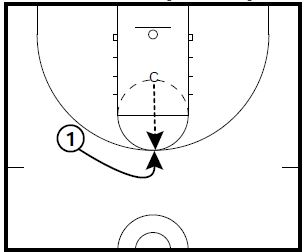 1 runs from wing to TOK 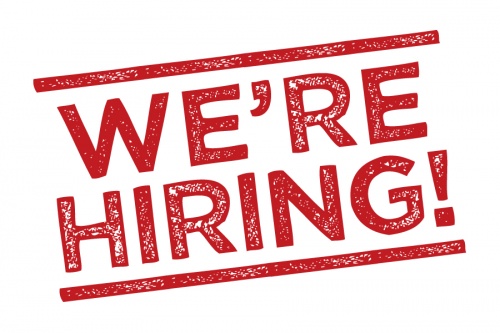 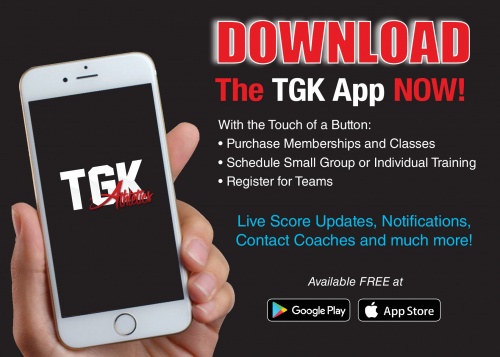